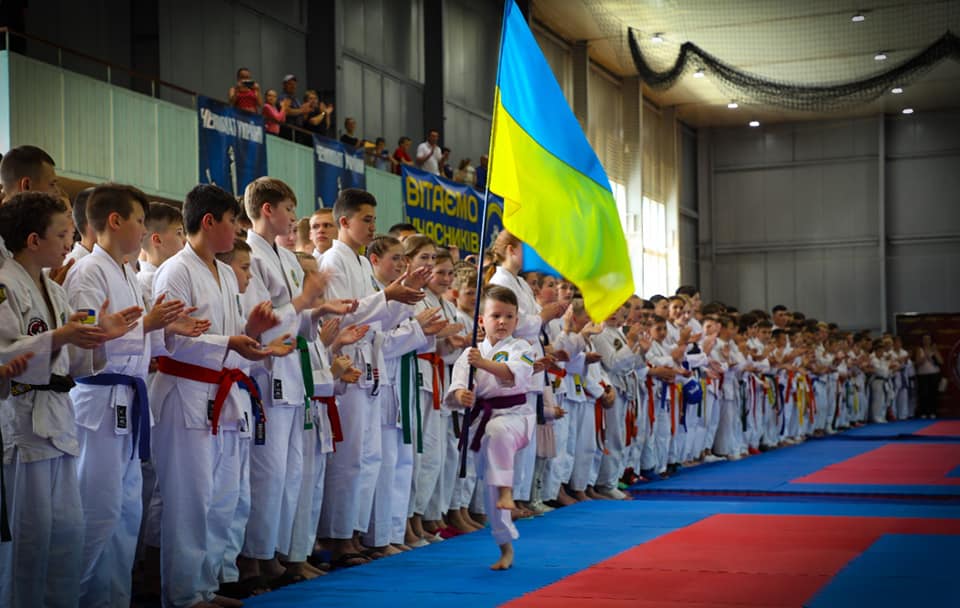 On June 04 in Kyiv city was held the XXI Championship of Ukraine in hand-to-hand combat among youth, dedicated to the International children’s day. About 700 young participants (10-15 years old) from 18 regions of Ukraine took part in this competition. The craftsmanship and training of young athletes is growing and the family of hand-to-hand fighters increases every year, and it is our great joy and pride.

It is one of the important sports events, organized by the Federation with support of the Ministry of youth and sports in order to popularize and develop hand-to-hand combat as sports, select the strongest athletes to the National team to participate in international competitions, improve the skills of athletes, and attract children and young people to physical culture and sports.

“It is really great that every year the skill of the athletes and level of competition organization grows. As a rule, it is easier for athletes to achieve success in life, because sports teaches endurance, strength and confidence in achieving your goals, hardens not only the body but also the spirit. I wish success and victories, a successful competitive career to each participant”, – said Mr. Vitalii Lavrov.

In his turn, Mr. Serhii Rud wished victorious spirit, success and achievements to young athletes and emphasized that the Administration of State Guard of Ukraine supports the development of hand-to-hand combat and invited athletes to attend the Cup of the President of Ukraine in hand-to-hand combat among Armed Forces and military units, which will be held on August 14 in the Palace of Sports.

“Hand-to-hand combat is a mass applied military sports, which is practiced by the general population. These competitions are exemplary in terms of attracting young participants to our sport, they are the most popular. We have ambitious plans in terms of attracting even more children to engage in our spectacular and courageous sports, so that it becomes one of the powerful levers of moral and physical education of children and youth”, – said Vice-President of All-Ukrainian hand-to-hand combat federation Mr. Ivan Derevianko.

Emotions and skills, tears of victory and defeat overwhelmed the sports arena. For someone it was not the first competition of the national scale, and some persons competed in the competition of this level for the first time. However, all participants are already winners because every person got really invaluable experience.

Congratulations to the winners and medalists of the Championship of Ukraine in hand-to-hand combat among youth!