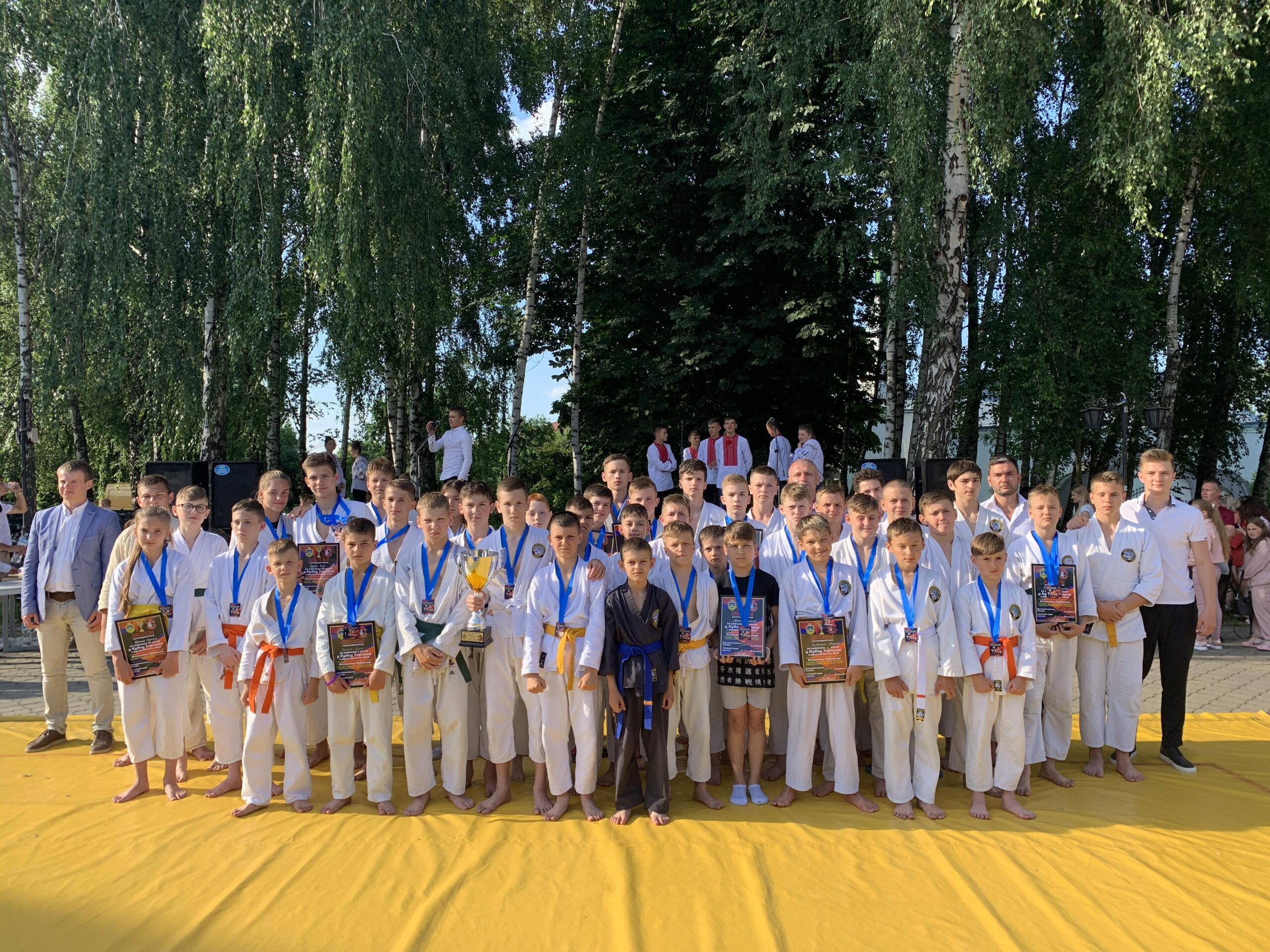 The event was held in central square of the city of Torchyn as part of the Youth day celebration. In the “demonstration of technique” section, athletes tested their technical skills, stress resistance and ability to make decisions under unforeseen circumstances and limited time. So, each participant of this section of competitions after quickly returning to face the opponent tested the sudden attack with a blow with hand, leg, knife, stick and capturing of body or arm. Reflecting the attack of the conditional opponent, the athlete had to “hit” and completely “disarm” the opponent. Technical actions of the athlete and decisions taken were evaluated by referees on a scale from zero to ten points.

Therefore, the greatest points among the athletes received the following persons:

The culmination of the event were the duel meets (“wall-to-wall”) between four teams: Kivertsi, Torchyn and two teams from the city of Lutsk. Each team consisted of seven athletes representing the weight categories to 30, 35, 40, 45, 50, 55 and over 55 kg. The victory of the athlete in the fight brought the team one point, defeat – zero.

By the decision of main panel of referees were additionally awarded the following persons: “For will to win and fighting qualities” – Vadym Bychok, “For best technique” – Maksym Soloninka.

According to the Federation of hand-to-hand combat in the city of Lutsk.