CSIT has to cancel the World Sports Games 2021 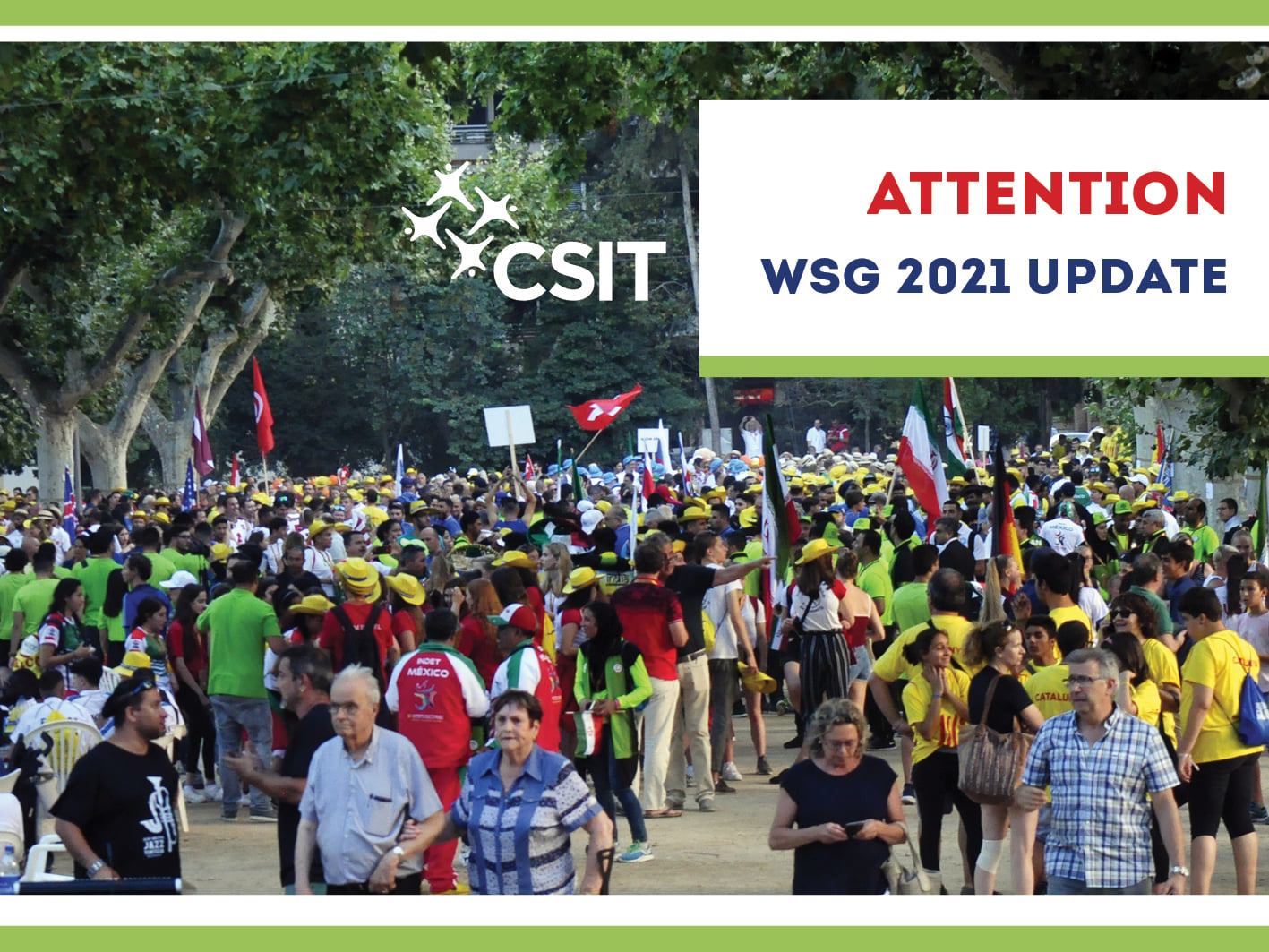 Due to drastic Corona measures in the host country Italy, the CSIT World Sports Games 2021 will be cancelled without replacement.

Until the very end, CSIT tried everything and took all necessary measures to hold the CSIT World Sports Games 2021 in Cervia (Italy) despite the prevailing Corona situation and increasing infection figures. The advance of the dangerous Delta variant in Italy and resulting drastic measures taken by the Italian Ministry of Health with partly long quarantine for the international participants, ultimately led to the cancellation. The CSIT Excom unanimously made this decision on Tuesday.

CSIT President Bruno Molea in a first reaction: “The CSIT and I personally are extremely sorry for this decision. We had the highest interest in the sense of the sport and for our many members to carry out the event and have tried everything. However, the current circumstances in Italy and the decision of the government make it impossible. The region of Emilia Romagna and the organizing committee have also tried everything until the end. Not least because a lot of money has already gone into the planning. But for us, everyone’s health comes first, so we decided to cancel. There have been too many question marks.”

Lack of the typical CSIT Spirit

Another reason was also the fact that the spirit of CSIT would not have arisen if it had been held, according to President Molea: “We are very closely oriented to the Olympic Games. And as we can see in Tokyo, social contact would not have been possible even at our Games. But social interaction and gatherings are a core of our event. Without these attributes, our spirit cannot be lived. We definitely do not want that. No opening ceremony and no closing ceremony are unimaginable at our Games.”

Following the cancellation of the CSIT World Sports Games, the CSIT ExCom has made another important decision in the spirit of the sport. In 2022, as far as possible, a series of Single Championships shall be held in different countries with interesting destinations and shall be supported by CSIT accordingly. So the CSIT is focusing on the next World Sports Games in 2023!

The measures of the Italian government also have an impact on the CSIT Congress. Originally, it was planned to hold the Congress during the Games with the personal presence of all participants and to return to “normality”. Unfortunately, this is also not possible. Like last year, the Congress will be held online in October.