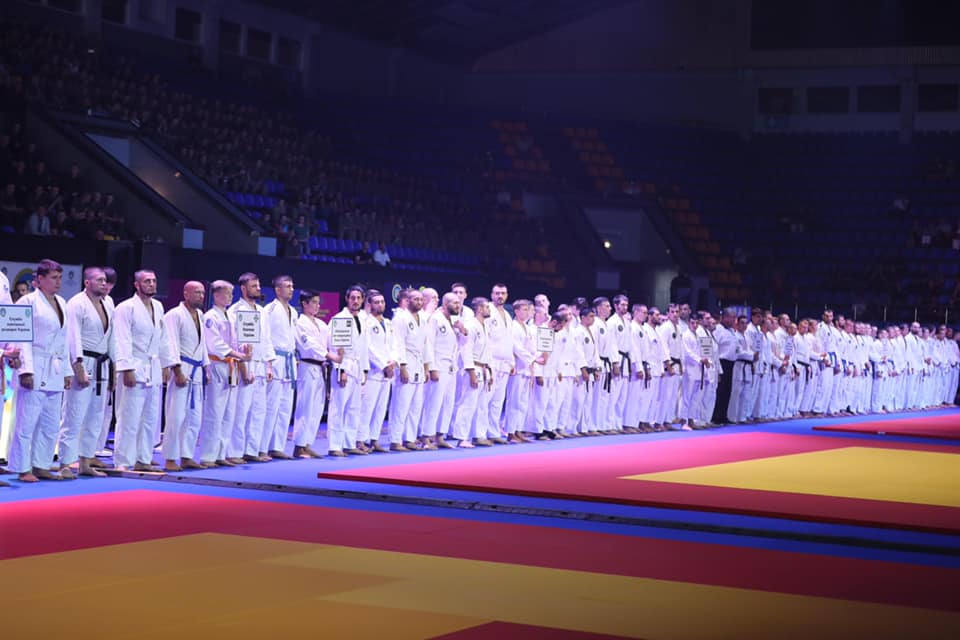 On August 21, the Palace of Sports in Kyiv hosted a hand-to-hand combat tournament for the Cup of the President of Ukraine among the Armed Forces of Ukraine and other military formations, law enforcement agencies and rescue services formed in accordance with the laws of Ukraine. 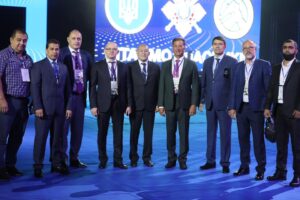 “Holding this sporting event is a good opportunity to demonstrate your skills, physical and psychological endurance, teamwork and personal achievements in this type of martial arts. I am convinced that each participant of the tournament on the way to his victory will show a real fighting spirit, the ability to fight and win,” the President’s welcoming speech said. 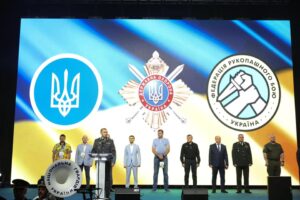 The head of the State Security Department of Ukraine, Major General Serhii Rud, addressed the participants and guests of the event with a solemn speech, wishing the participants good luck, worthy rivalry and brilliant sports victories, “It is martial arts that gives you the opportunity to harden yourself, to show your resilience, courage, bravery and professionalism”.

In turn, the President of the Hand-to-Hand Combat Federation, Yurii Radchenko, stressed that these prestigious competitions are a kind of Small Olympic Games for participants.

“I wish the athletes victory, the spectators – spectacular fights! May Ukraine and Ukrainian sports always win,” he wished those present on behalf of our Federation. 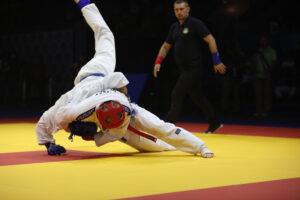 More than 100 athletes from various law enforcement agencies of Ukraine gathered at the arena to compete for the title of the strongest, in the sections “Dosed contact” and “Demonstration of applied equipment”.

Participants were supported by their colleagues, relatives and friends. The audience had the opportunity to see a demonstration performance by the orchestra of the National Guard of Ukraine.

Judging was provided by the All-Ukrainian Hand-to-Hand Combat Federation. 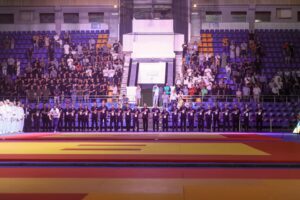 In the section “Demonstration of performances”, the first place was won by the team of the National Guard of Ukraine, the second and third places were shared by the teams of the Department of State Protection of Ukraine.

Hand-to-hand Combat is a unique sport that is an integral part of military training. It’s a sport that unites!