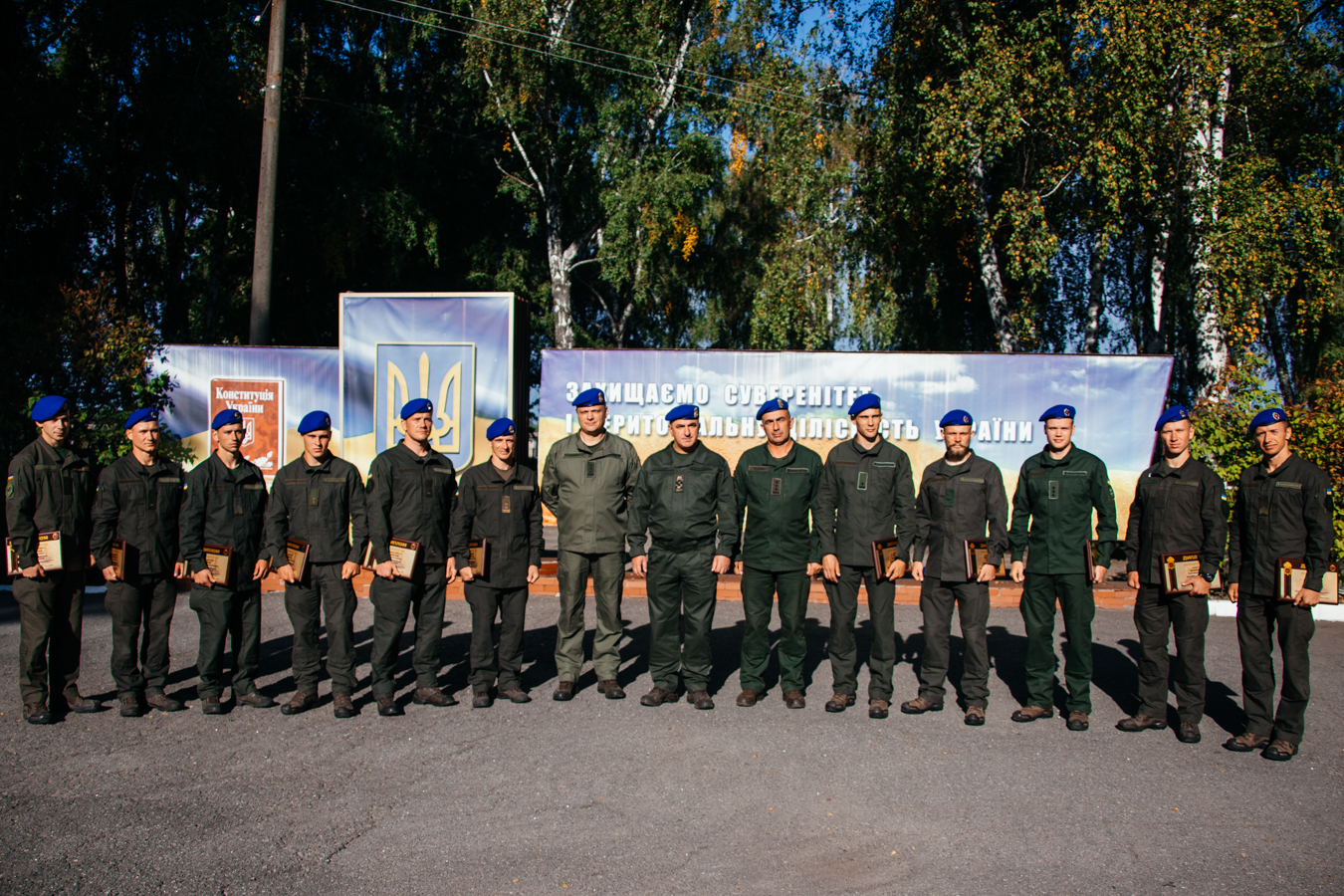 In Vyshgorod, on the basis of military unit No.3027, qualification exams of servicemen of the National Guard of Ukraine from different regions for the right to wear a beret with honours were held. A total of 75 candidates overcame complex challenges, including participation in hand-to-hand combat. 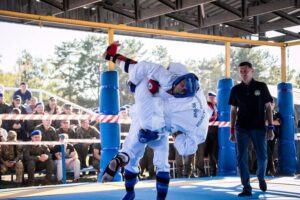 The qualification exam was attended by Denys Monastyrskyi, the Interior Minister, Mykola Balan, the Commander of the National Guard of Ukraine, Yurii Radchenko, the President of the All-Ukrainian Hand-to-Hand Combat Federation, and representatives of the 11th operation “UNIFIER” with the participation of Lieutenant-Colonel Melanie Lake.

“You all are warriors who help to defend the independence of Ukraine. The best evidence of my respect for you is that my children are with me. I want them to follow the example of the best military servicemen who are awarded a beret with honours,” said Denys Monastyrskyi. 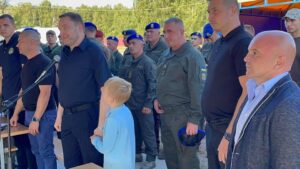 Mykola Balan, the Commander of the National Guard of Ukraine, noted that exams for the right to wear a beret with honours have been improved for the fourth year in a row.

“This beret is the most honourable and authoritative distinction for the servicemen among all existing ones in the National Guard. These are very fair and unbiased exams, and how the soldiers will cover the distance shall be a confirmation of this fact for those present,” he said. 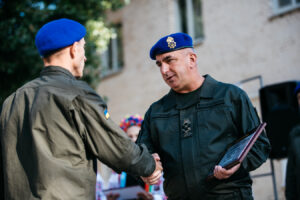 In turn, Yurii Radchenko welcomed the new worthy servicemen to the maroon beret brotherhood. He also thanked all the representatives and referees of our Federation for participating in the event. 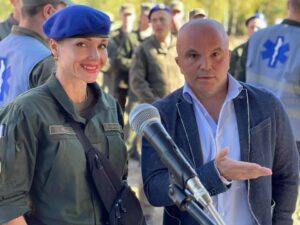 The qualification exam consisted of 3 tests.

Therefore, 11 persons of the best guards received a beret with honours, among which there was one woman. 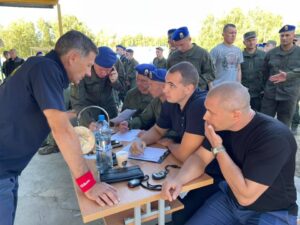 It should be noted that hand-to-hand combat is a comprehensive combat system, the technical arsenal of which includes punches and kicks, throws, submission and chokehold techniques, as well as moves against various types of weapons. This sport has been included in the special training programme of law enforcement officers, military personnel, rescuers and representatives of other special forces of the state.