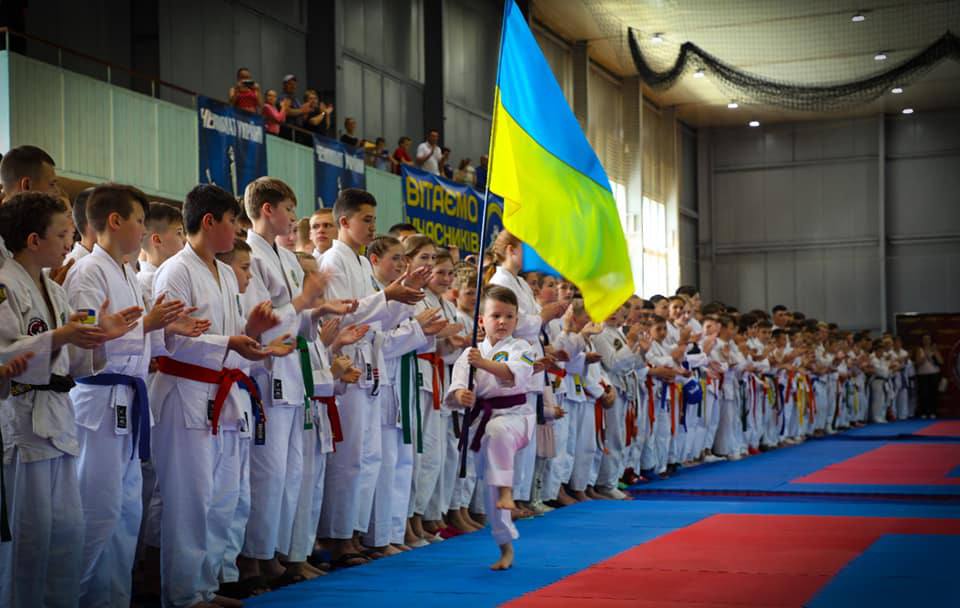 In 2021, the All-Ukrainian Hand-to-Hand Combat Federation achieved a new level of development and organization of all-Ukrainian competitions. Thanks to our efforts in this direction, we have managed to attract more athletes of all ages to hand-to-hand combat. Our competitions always involve professional judging, spectacular and well-organized events that gather hundreds of boys and girls on the tatami and a large number of spectators.

Championship of Ukraine Among Adults

In March the best of the best representatives of our sport gathered on the tatami in the qualifying tournament for the formation of the National Team in hand-to-hand combat. The Championship of Ukraine is one of the largest and most spectacular sporting events organized by the All-Ukrainian Hand-to-Hand Combat Federation. More than 200 strongest fighters from 20 regions of the country took part in the tournament. Athletes competed in the “semi contact” section, where it is allowed to attack with hands, feet, throws, to perform painful and submission holds, “light contact”, kata, demonstrated self-defense techniques with and without weapons. 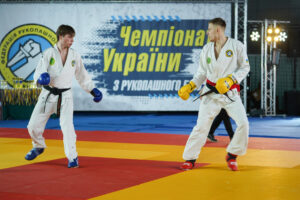 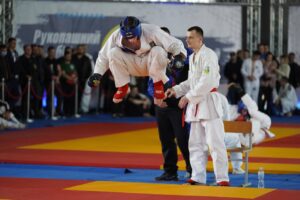 Cup of Ukraine Among Adults

One of the most important tournaments in the Calendar Plan – the Cup of Ukraine in hand-to-hand combat among adults took place in May 2021. Teams competed for the Cup in fierce matches. More than 300 participants took part in the team tournament. The regional teams include the best athletes, winners of international tournaments, servicemen, law enforcement officers, and rescuers. The competition was really spectacular and held at a high level. 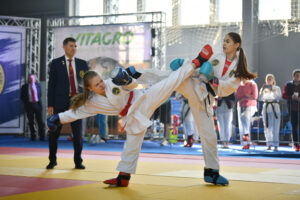 Championship of Ukraine Among Juniors

Hand-to-hand combat today is a sport that develops dynamically in all important areas, both as a high-performance sport and as a mass sport, which attracts thousands of boys and girls of all ages. This is very important in terms of involving a large number of young adults in sports, physical fitness. In the championship, held in May 2021, boys and girls aged 16-17 participated. In total, more than 100 participants took part in the tournament. 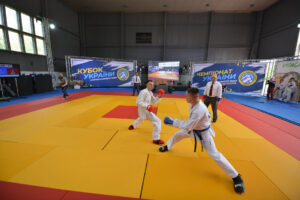 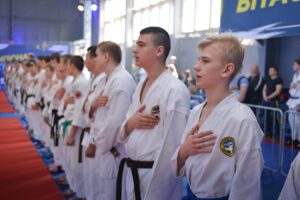 Championships of Ukraine Among Youth 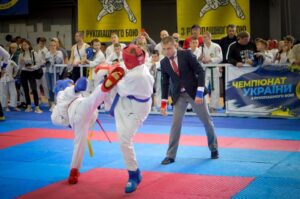 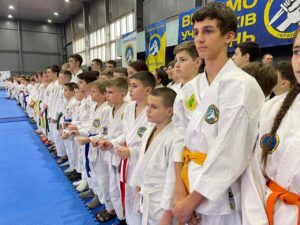 Cup of the President of Ukraine in hand-to-hand combat among the Armed Forces of Ukraine and other military formations, law enforcement agencies and rescue services created in accordance with the laws of Ukraine

This tournament is one of the largest tournaments of the all-Ukrainian scale. Hand-to-hand combat is the only sport in Ukraine that has a tournament of this level under the auspices of the President of Ukraine. In 2021, the competition took place in the largest indoor sports arena in our country – the Sports Palace. The prestigious competition was held at the highest organizational level and gathered on the tatami more than 100 participants: members of the armed forces, law enforcement officers, rescuers. After all, hand-to-hand combat is an integral part of the professional training of military personnel and law enforcement officials. In total, 26 teams from different departments competed for the victory in the tournament. 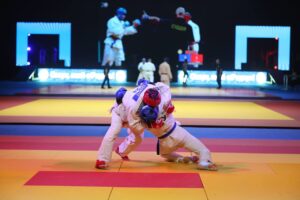 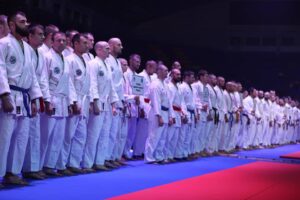 Hand-to-hand combat is a sport that unites!