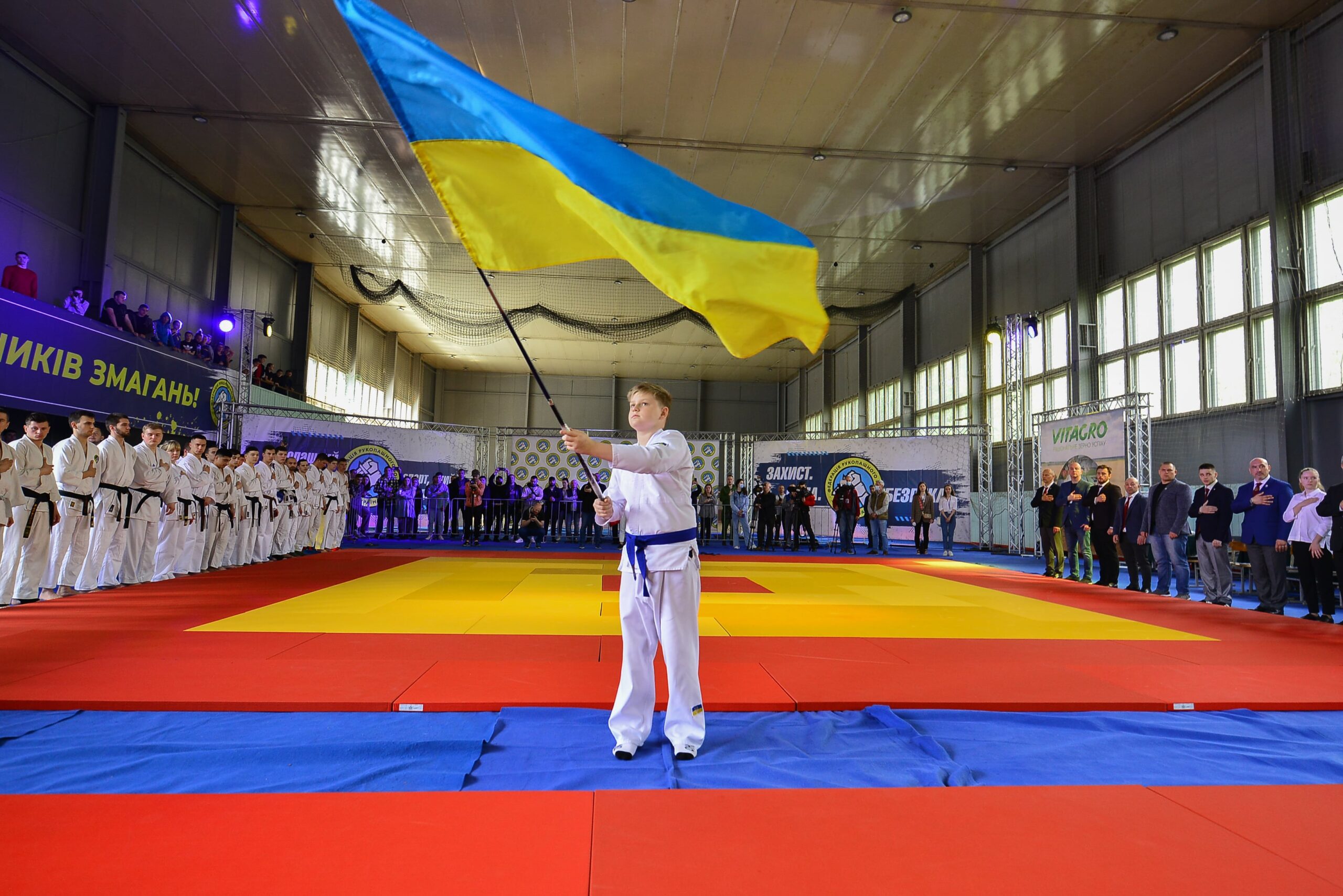 On May 15-16 in Kyiv city the Cup of Ukraine among adults and the Championship of Ukraine in hand-to-hand combat among juniors were held; these competitions were one of the largest and most spectacular sports events, organized by the All-Ukrainian hand-to-hand combat federation with the support of the Ministry of youth and sports of Ukraine and Vitagro Group of Companies. More than 300 athletes from 20 regions of Ukraine gathered in the sports arena to compete for the title of the strongest.

“For the athletes, these competitions were the last chance to get into the National team, which will represent Ukraine in the prestigious international competitions – World Championship and World Sports Games already this fall. Our main rivals in “Full contact” are the teams from Kazakhstan, Uzbekistan and Afghanistan. The “Light contact” – first of all German, Dutch and Polish teams. We really expect to win”, – said President of the Federation Mr. Yurii Radchenko.

In the regional teams are the best athletes, winners of international competitions, military personnel, representatives of law enforcement agencies. Hand-to-hand combat is a unique athletic discipline. In fact, in addition to the fact that ordinary people can practice it, it is an integral part of professional training of law enforcement officers and military personnel.

“Hand-to-hand combat is very accessible. A large number of young people are engaged in hand-to-hand combat, both boys and girls. It is very important in terms of attracting people to sports and health motor activity. As an applied athletic discipline, it has an important value component. Namely: discipline, respect for elders, national and patriotic education”, – said Deputy Minister of youth and sports Mr. Serhii Bidnyi, who visited the competition.

According to the results of the competitions the National team of Ukraine was formed. Consequently, the selection took place at once for three important starts – the World Championship, which will be held in Kyiv city in early October this year, the Cup of the President of Ukraine and the World Sport Games. At each of these starts, Ukrainians are the main favorites.

“The most qualified and prepared athletes took part in the competition. Many of them are already Masters of Sports of international class, Masters of Sports of Ukraine. Each of the athletes fought for the right to represent the country at the prestigious international level. For the first time Ukraine entered the system of CSIT (World Sport Games) with hand-to-hand combat, where no athletic disciplines, except ours, is not yet presented in our country. That is why we’re facing the most important tasks”, – said the Vice-President of the Federation Mr. Ivan Derevianko.

Solemn opening of the competition was also attended by the Head of the Administration of State Guard of Ukraine Mr. Serhii Rud, Honorary President of the All-Ukrainian hand-to-hand combat federation Mr. Vasyl Krutov, representatives of law enforcement agencies, departments and units, Heads of the Federation, physical education and sports organizations.

Discipline, respect for elders, national and patriotic education, as well as strength and health. Hand-to-hand combat can provide you with all of these. That is why absolutely all participants, regardless of whether they got a place in the National team or not, are already winners.