Team of Kyiv city is among the leaders in the leaderboard 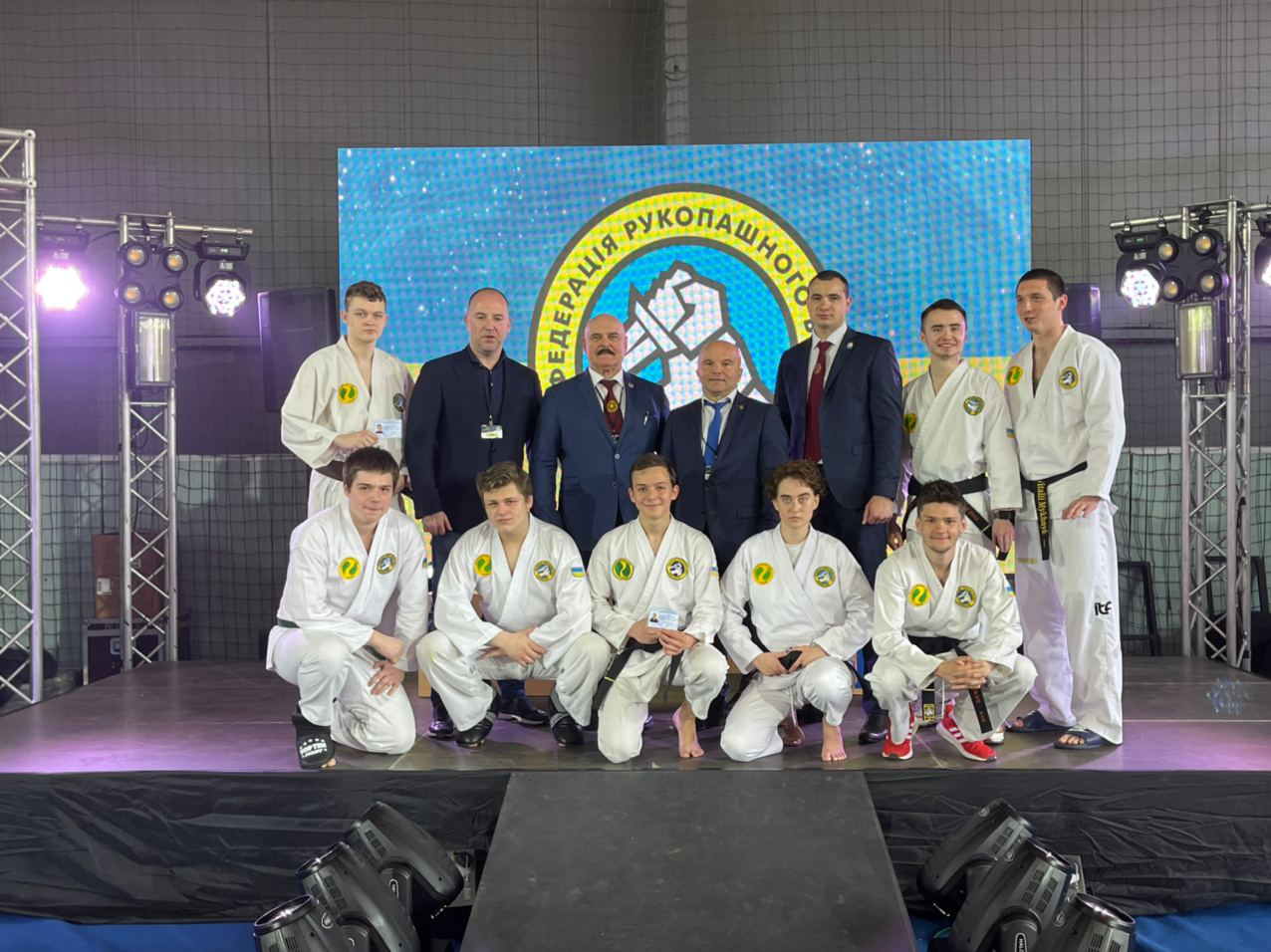 Every competition for the athlete is not only a victory, but also an opportunity to receive a deserved sports title. The community of the Masters of Sports in the hand-to-hand combat is growing. Athletes from the SC “RUKBO” Mr. Oleh Dovhaninets, Ms. Uliana Chaplenko and Mr. Vitalii Mykhnyk were awarded honorary titles of the Masters of Sports of Ukraine in hand-to-hand combat.

Already a regular column is the column about achievements of our athletes. We bring to your attention the stories of success, the difficulties they overcame on the way to the victories, which they are especially proud of. 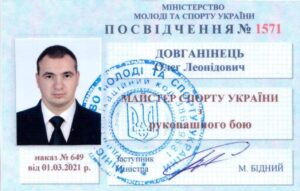 Mr. Oleh Dovhaninets, 27 years old, coach of the SC “RUKBO”, teacher of the Biomechanics and sports metrology department of the National university of Ukraine on physical education and sport

“I’ve been practicing hand-to-hand combat for 17 years. I am very proud of the victory that led me to the title of the Master of Sports of Ukraine. Various life circumstances prevented me from fulfilling the conditions for the four times. I am sincerely grateful to my coaches Mr. Andrii Anatoliiovych Radchenko and Yurii Anatoliiovych Radchenko, who have made a significant contribution to my training, and to the SC “RUKBO”, on the basis of which this process took place. Because thanks to my home club, where I work and a team of professional coaches, new champions, patriots of the country, future Masters of Sports of Ukraine, Masters of Sports of Ukraine of international class and Honored Masters of Sports of Ukraine are being trained. I am really proud to be a part of such powerful organization and to have the opportunity to contribute to the development and popularization of hand-to-hand combat and promotion of healthy lifestyle. 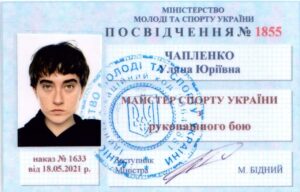 Ms. Uliana Chaplenko, 21 years old, graduate of the Kyiv national university of construction and architecture with a degree in Architecture

“My first club – “Rus” in Mykolaiv, and the coach who brought me into hand-to-hand combat and did everything to make me fall in love with hand-to-hand combat – Mr. Oleksandr Vasylovych Minenko. I will always be grateful to him for this. He raised me as the athlete.

Since childhood I love to draw, oil paintings, develop something new and interesting. In general, I am quite creative person. I really like it when people, who know me as a student of architecture, are surprised when they learn that I am a hand-to-hand fighter. Different activities develop me in different ways, broaden my horizons, but at the same time I always remain myself.

It took me a very long time to get to this title. Honestly, I can’t tell you how I felt, I just couldn’t believe at once that I had passed the standard! It is really cool emotion, great pride in myself. I know that the Master of Sports is not easy for anyone. It is always a hard workout, psychological and emotional swings, a long-way athletic road. At the same time, I take pride in absolutely every fight, no matter how it ended. After each fight, I come out a winner for myself and begin to work on myself, on my mistakes, to become a better version of myself.

Much depends not only on the athlete, but also on the coach. Now I train in the SC “RUKBO” with Mr. Andrii Anatoliiovych Radchenko and Mr. Yurii Anatoliiovych Radchenko. I am eternally grateful to them for what they do for me. Moreover, in the SC “RUKBO” I received the title of the Master of Sports of Ukraine. I hope my coaches are proud of me. In turn, I promise to train even harder and bring greater results to the club.

In the future, I plan to defend my diploma and pass the examinations for the admission to Master’s program. And, of course, to win the World Championship in hand-to-hand combat. I will prepare for my victory very responsibly in order to represent Ukraine in the National team. I plan to go the extra mile”. 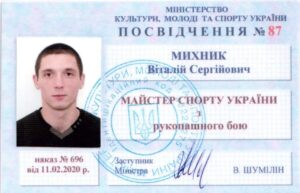 “My competitive career began when I was a child, when my parents enrolled me in martial arts section at the age of 6. I really enjoyed training. However, the first defeat in the final fight of my first competition reflected my desire to continue. Then my coach supported me. I still remember his words, that it was only the beginning, there would be a lot of victories and defeats. The main thing is not to give up. At that time, I was not sure that I made the right choice, but I continued training just to make my parents proud. After a few years, I realized that systematic training only makes me stronger. That is how I stayed in sports.

Subsequently, I had a dream of becoming a coach. And now it has come true, I coach kids and get incredible thrill out of it.

My wife Valentina (World Champion in hand-to-hand combat) brought me to the hand-to-hand combat and the SC “RUKBO”. Here I met my current coaches and mentors – Mr. Andrii Anatoliiovych Radchenko and Mr. Yurii Anatoliiovych Radchenko. Since 2019, I started a new page of my competitive career. During this time, twice I became the winner of the Cup of Ukraine and the medalist of the Championship of Ukraine. By my victories, perseverance and invaluable contribution of my coaches in me as the athlete, I won a place in the National team. I am truly grateful to my coaches and my wife, who supported me all the way.

Next page includes continuous intensive training and preparation for the World Championship. I expect only to win!”.

Mr. Andrii Radchenko, the President of SC “RUKBO”, the Honored Coach of Ukraine in hand-to-hand combat, said: “We are proud of our powerful team of highly qualified coaches and professional athletes. I am proud that many of our club’s trainees have achieved the highest achievements in sports, became Honored Masters of Sports of Ukraine. Our strength is our unity and desire to win, improve and grow. I am sure that these qualities will help the Ukrainian team to win the World Championship in hand-to-hand combat this year. And it is our strategic goal!”. 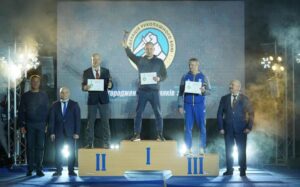 We congratulate the athletes on their achievements and wish them not to stop at what they have achieved! Let’s go forward, to new successes!

Let us remind that a short while ago, hand-to-hand fighters Mr. Dmytro Ilkov, Mr. Oleksandr Rohozhkin and Mr. David Gazaryan were awarded honorary titles of the Masters of Sports of Ukraine in hand-to-hand combat.